A Visit with The Psychologist

Lucy was first referred to her psychologist at four years old. Two years ago she was told that there was no need for her to be seen regularly any more but she was left as a patient in case she needed further help in the future. I was grateful for this because I remember with my eldest that the most difficult years with his autism came when he hit puberty and I really needed the extra support then.

Yesterday we went back for a visit, just a check to see how she was getting on and because her GP was concerned about her sleeping patterns.

We gave her the past history of the last two years and she was shocked that she'd not been kept in the loop. I know that when Lucy was first admitted to hospital I gave the name of her psychologist as they had asked where she had her diagnosis of autism and hypermobility from. However, they had not contacted her.

She was in a agreement with Lucy's diagnosis of Elhers Danlos Syndrome and asked if we'd been offered genetic testing. When I said no she said she'd arrange it for the rest of the family.

I will admit that I am a little confused with genetic part of EDS. I know that there are ten different types of EDS and some are due to faulty genes, however the hypermobility type does not have a faulty gene identifier and this is the type that Lucy has. So I'm not sure that genetic testing will show up anything. There are other symptoms present in Lucy though, and it's obvious that other family members have hypermobility, so maybe with us all having some testing it will be confirmed if there is anything else going on. Or anything to look out for in the future.

Lucy's psychologist was the person who managed to get Lucy all the help she needed in her previous school where she was doing really well. In her current school she has no help at all and I do worry about her. It's not the best school for her but she doesn't want to go anywhere else and doesn't want to be split from her siblings. I've tried all the other schools in the area and there is not one that can take all three, so a school move would mean splitting them. So I have been resigned to leaving them where they are for at least one more year, seeing as it will be Lucy's last year anyway. Now, she has been promised all the extra help she had before, externally. So the school will not have to help her, they'll just have to accommodate her helpers. This will be a lot more comforting. Hopefully this help will continue into her next school as well now. It's a huge weight off my mind. Of course I have to wait for this help to materialise but past experience has shown me that this pyschologist gets things done. 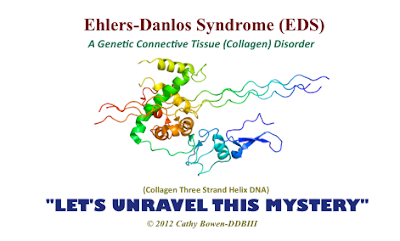