Stiff Person Syndrome, is There a Cause?

I'm not a doctor and can only write from my own experience and the experiences I've collected from speaking to others. If you believe you have any kind of illness then please seek out help from a professional.

With Stiff Person Syndrome being an incredibly rare condition, it's difficult to get any information. A good place to start is the official Stiff Person Syndrome website for the UK. Even though Stiff Person Syndrome was first discovered in the 1950s there is still very little research and many doctors will have not even heard of it. On average, it takes about 7 years to get a diagnosis. They diagnosed me in just one year as my consultant was familiar with the condition and knew what to look for.
Stiff Person Syndrome (I'll call it SPS from now on) is an auto-immune, neurological condition. Medically it is diagnosed by a mixture of symptoms, nerve and muscle control and anti-bodies. The main rogue anti bodies being GAD and Glycine Receptor. To get to a diagnosis a person might have to endure blood tests, a lumber puncture, nerve conductive tests, and electro magnetic muscle tests.
There are many treatments, mostly drug based. A lot of patients can get good results from steroids, plasma exchange or immunoglobulins. Some can live fairly normal lives, some will be disabled for life.

The Causes of Stiff Person Syndrome

Now, a doctor will argue that nothing causes SPS, it mainly just appears. The anti-bodies are a major factor.
If you talk to people who have SPS you will probably see some sort of pattern emerge. So many claim to have undergone some kind of trauma before the onset of SPS.
Maybe the trauma triggered the SPS, or that the SPS was already there and triggered the trauma. Some people had falls because of unexplained stiffness. Now, because we know that SPS causes stiffness in muscles so it's quite possible that before diagnosis you can experience symptoms which cause falls. And if you ask an SPS sufferer, you will know that any kind of mental trauma will cause their symptoms to get worse. A shock, stress, grief or even something as simple as a sudden noise or change in temperature can cause symptoms and spasms.
In my case, I'd experienced a few symptoms of pins and needles and numbness, which may have been an indication that something was happening inside my body. But I'd not really thought about it. Then I fell down the stairs. I can't explain what happened. I was almost at the bottom when I just slipped and landed on my back. I hurt my wrist where I'd put it down to break my fall, but my lower back was most affected. I'd also noticed that my neck was stiff and I couldn't move it without pain. I didn't seek medical help, I went shopping at the local supermarket the next day. It hurt, but I carried on.
Seven months later I was taking my Father-in-law to hospital. I was the only driver in the family at the time, and I had to take him for a scan as he was having chest pains. He was really ill in the car, and I was terrified that he was going to have a heart attack in the seat beside me while I was driving. We got to the hospital, but he died in the foyer. I still find the experience difficult to talk about. The following few hours were extremely traumatic.
Three days later I was in the hospital myself suffering from what I now recognise as my first SPS attack. I had a full body spasm which left me paralysed and I was in hospital for two weeks while I was treated and re-habilitated. My MRI showed lesions on my spine at my lower back (T10) and my neck (C3) The places that I'd hurt in the fall down the stairs.
I really think there may be some correlation between the fall down the stairs which started the damage to my spine and maybe triggered the anti-body reaction, then the trauma of my Father-in-law's death that caused my SPS. But as I said, I'm not a doctor.

After talking to other people who have SPS it's quite common for bigger attacks of SPS or even the start of SPS to arrive shortly after a traumatic event, either mentally or physically. Some people experience sudden stiffness which cause accidents which probably means the SPS is already there. But other's claim they had no symptoms until their trauma.
Here are a few real life stories of the onset of SPS.
" I had a very stressful job and was full of anxiety before my diagnosis"
" My husband passed away, then I was hospitalised with pneumonia"
"My father died in a tragic accident"
" I was crushed by my partner while doing yoga"
" I had a fall skiing but also flu shortly after childbirth and already had auto-immune conditions"
" my car hit a telephone pole and I hurt my neck, I also had a stressful job"
" I had a stressful career and my Mum died of cancer"
" I had a stressful job, my Mum and Dad had dementia, my daughter got ill"
It really seems to me that these anti-bodies that cause us so much pain and suffering are triggered by pain and suffering. The irony is depressing.

What Is the Answer

Well, thankfully, SPS is very rare but I think people should definitely take better care of both their physical and mental health. We need to learn to recognise when we are burning ourselves out. My life was really stressful in the year or so leading up to my problems occurring, then the fall and the trauma probably just added to it. Not everyone who suffers from stress or has an accident will get SPS, but there seems to be some correlation. Not everyone with SPS has suffered from an accident or trauma, so it's not a definite cause either.
There is no cure for SPS but some people can manage to get their symptoms under control with treatments and medication. I've tried most things now, with little success. My doctor was on the verge of going down the psychosomatic route before he found a new lesion on my brain. But even if it was/is psychosomatic, the pain and suffering is very real and it ruins your life.
I have yet to persuade my doctor to try Rituximab but I will persist as it's the only drug I haven't tried yet. He told me that IVIG was better but I have heard different stories from other people. The other treatment is Stem Cell Therapy, which I am not really pursuing. For one, I don't think I'd be approved, and I'd end up having to spend a lot of money that I don't really have for treatment privately. Secondly, it's a very invasive treatment with months of recovery, which is great if it works, but it's not guaranteed. I know of only one person with my condition who has had the treatment, and it didn't work.
In conclusion, if trauma and stress makes SPS worse, maybe the answer is to seek a life without either. I'm determined to change my mindset, eat healthier, exercise within my limits, keep my brain active, and supplement my medication with alternative therapies. (although, I have heard that physical alternative therapies like acupuncture, reflexology, cupping, massage, etc. can have adverse affects, so I will avoid them.
I already know and practice self Reiki, and now I am learning to incorporate this with crystal therapy. I try to spend some time each day just doing the things I enjoy and help to take my mind off my problems. I journal, use mindful writing prompts, work on my mental health all the time. I have learned to eat better and to avoid the things that make me feel worse. I really want a better quality of life and lying around being drugged up is not the answer to my problems.
Following are some ads which contain affiliate links so if you click them I may earn some money but at no extra cost to you. A lot of resources are free so please do take advantage of them. Thank you for your support. 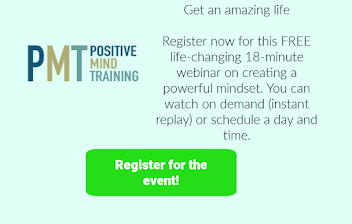